What: People Over Petrochem Protest and Press Conference

People opposed to the proposed Appalachian Storage and Trading Hub petrochemical complex will host a press conference and protest during the WV Manufacturers Association’s Marcellus and Manufacturing Development Conference. The conference is set to promote this proposed petrochemical build-out of our region. Participants in the press conference and protest will also express their displeasure with the WV Manufactures Association’s influence over the WV Legislature, which resulted in the removal of updated human health protections in the state’s water quality standards.

Who: Attendees will be residents and allies from WV, PA, and OH who stand in opposition of the petrochemical build-up. Speakers at the press conference include residents who live near proposed infrastructure for the petrochemical complex, including a representative of Indigenous Environmental Network.

Why: Industry and political supporters are pushing an agenda to build a massive petrochemical complex in the Appalachian region to manufacture new plastic. Proponents boast on the “economic potential,” while disregarding the potential human health and safety impacts the pollution from these petrochemical facilities would have on our region.

Jun 9 2021  Hoots and Hollers
Chemical Plants and Protecting Your Community: Speak Up to EPA 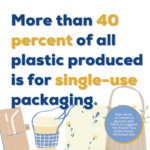