We are saddened to learn of the death of Louise Dunlap, a quietly effective, dedicated advocate and unsung hero for communities where coal is mined. Louise had a long-term, genuine commitment to working to protect communities ravaged by coal mining. We were so fortunate to have had someone with Louise’s commitment and expertise on Capitol Hill to help educate members of Congress and others in Washington, D.C., about the impacts of mountaintop removal and other mining abuses.

One of her most significant contributions to Appalachia was the successful passage of the Surface Mine Control and Reclamation Act of 1977 (SMCRA). Louise was a tireless leader for its passage after the tragic Buffalo Creek mining disaster where 125 West Virginia residents lost their lives.  Throughout her career, she worked for the reclamation of  abandoned mines and enforcement of surface mining laws.

Additionally, Louise contributed greatly to efforts of local, regional, and national environmental groups in D.C. as we collaborated to rein in other coal mining abuses in Appalachia. She, along with just a handful of other advocates, succeeded in halting the “Byrd rider” in 1999, which would have made it easier to permit mountaintop removal mines.

Later, in 2007, Louise, already a key strategist and advocate of ours in the halls of Congress, was hired by OVEC and other groups to work with local and national groups to advocate for the passage of the Clean Water Protection Act. This bill’s passage would restore the original intent of the Clean Water Act prohibiting coal companies from burying our streams with mining waste.

Our hearts go out to Louise’s family for her passing. Truly their loss is very much our own. Few people had the deep knowledge, caring, dedication, courage, and staying power to face off against such a powerful industry, as did Louise. Her life was exemplary. Rest in peace, dear Louise. You have earned a big place in our hearts. 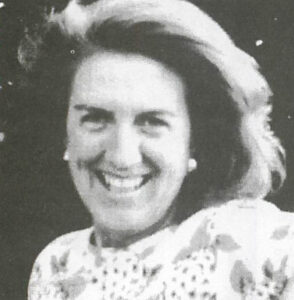