I am Appalachian Transition Fellow for OVEC, Mountain View Solar and One Foundation

A budget is a “moral document,” according to workshop discussions I recently attended as part of my work as Appalachian Transition Fellowship with the Highlander Research and Education Center. That is to say, where and how we spend our money is a primary expression of our priorities. It’s a thought I agree with, at least for regular folks and non-profit groups, but there’s more to it than that.

Individuals and institutions with disproportionate political power have co-opted the governing process to the point that government is not acting in the best interests of we, the people. If you examine our city, county, state and federal budgets, you’ll see that they are fall short in the “moral” department – citizens’ priorities seem to take a back seat to corporate interests at all levels of government.

For instance, nationwide, we’re seeing massive budget cuts to the institutions charged with the authority of educating our youth. I don’t think that at least 34 states would be providing less per-student funding for K-12 education in the 2014 fiscal year than they did in fiscal year 2008 if budgets reflected the morals, values and ethics of the public. As of one year ago, local school districts across the U.S. had cut a total of 324,000 jobs since 2008.

According to the West Virginia Education Association, our state ranks 48th in terms of teachers’ compensation. We just don’t have enough money in our school budgets to attract and retain teachers.

How, in the case of free, public education, do we make school budgets reflect our values? The least controversial, most effective and realistic answer that comes to my mind is energy efficiency. Part of my fellowship work is to create a centralized document containing profiles of energy efficiency projects around the state. West Virginia schools have been the most accessible to me this far, sharing data to compile into these profiles.

One successful example is the Wyoming County School System. This southern West Virginia school system has realized significant savings by implementing energy efficiency measures. In 2003, the school system created a formal energy plan where it prioritized new projects based on the cost per square foot to operate. Since January 2004, the school system has saved more than $2 million in energy costs through investments in energy management systems, motion sensors, upgraded heating equipment, more efficient lighting and other efficiency measures.

Currently 10 of the 14 schools in the county are ENERGY STARR certified, although all 14 meet Energy Star Standards. The average cost to operate the schools in this county is $.94/sq. ft., which is much lower than the national average of $2/sq. ft. This means that more money could be available for higher wages for teachers and for furthering general education reform to more adequately equip youth with the tools they need to be engaged and well-informed members of society. Unfortunately, these saving to the school budget only mean that the capacity to achieve these goals exist. No one will raise teachers’ wages and reform our education system unless we organize and actively demand it. Dialogue around organizing and achieving these goals in particular needs to be the basis for many more conversations.

Not only can schools see major savings through energy efficiency, but they also have the potential to be innovators in the sector. One of the schools I have created a profile for, Webster County High School, has installed a fully automated, 500-ton geothermal heat pump loop consisting of 240 wells up to 307 foot deep, with over 28 miles of underground piping spread in an adjacent practice football field. They are one of the largest, most energy intensive institutions to utilize the untapped geothermal potential of the state. Through this and other measures, Webster County High School has seen a greater than 50% reduction in heating, ventilating, air conditioning and lighting costs.

There are many examples of schools saving money through utilizing various rebates and grants to install energy efficiency measures in their district. In fact, forty-two of the fifty-five school districts in West Virginia have been trained to use ENERGY STARR benchmarking tools, tools used to provide a comparative score based on the score of similar buildings across the nation. A school that has a score in the 75th percentile or above is eligible for an ENERGY STARR Building Label. Schools that improve their scores by 10 percent to 30 percent a year above their initial score also are eligible to win recognition for their efforts.

As I continue to learn about and document the many successful energy efficiency projects around the state, I also find other issues. These projects are frequently contracted out-of-state due to a lack of trained, in-state professionals. This reflects back directly on our education system here. Beyond the education system, we need to find more ethical and moral uses for the resources we have left. We need jobs that pay a living wage. and so much more.

Until we organize around and prioritize these conditions, our local, state and federal budgets will disproportionately reflect the interests of corporations that don’t share our moral values. 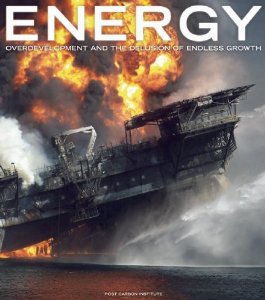