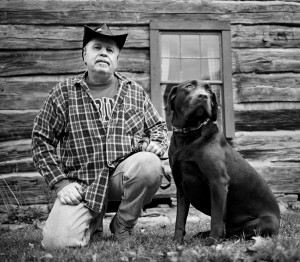 “A stack of previous studies shows that we’re more likely to have cancer, heart disease, birth defects, and other deadly illnesses just because coal companies are blowing up the mountains above our homes,” said Bo Webb, ACHE campaign coordinator and Raleigh County, W.Va. resident. “It only makes sense that the loss of our loved ones, the loss of the mountains where we grew up, the toxic dust clouds, and the daily nerve-shattering blasts would have a profound effect on our mental health as well. We need the ACHE Act, HR 526, to keep the damage from getting worse and give our communities a chance to heal.”

Researchers Michael Hendryx and Kestrel A. Innes-Wimsatt published “Increased Risk of Depression for People Living in Coal Mining Areas of Central Appalachia” by in the Sept. 27issue of the journal Ecopsychology. The study says, “Results showed that diagnosable levels of major depression were present in almost 17% of respondents in mountaintop removal mining areas, compared to 10% of residents in non-mining areas.” While this disparity was partly attributable to socioeconomic disadvantage such as income and education, “The odds of a score indicative of risk for major depression were 40% higher in MTR areas compared to non-mining areas after statistical adjustment for other risks.” 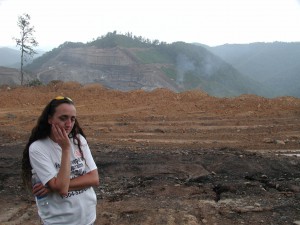 “Mountaintop removal is inhumane and cruel,” said Maria Gunnoe, a lifelong resident of Boone County, W.Va. and OVEC organizer. “Our families and friends are living hell on earth in the communities where mountaintop removal is happening and they are not being heard by the politicians and regulators who should be listening. As a mother and grandmother, I worry constantly about the impacts to my family. Even historic family cemeteries are surrounded by exploding mountains. We need the ACHE Act, HR 526, and we need it now.”
The study’s author Dr. Hendryx said, “The links between mountaintop removal and poor health in surrounding communities are strong and cannot be dismissed by attributing them to other known factors. A thorough health study is essential to understand the cause of these illnesses, and a pause in new permitting needs to be instituted until we have that understanding.” HR 526 would halt new permits until the US Dept. of Health and Human Resources conducts a thorough health study and publishes results stating that the process does not harm residents’ health.

“The congressional districts with the most mountaintop removal have the nation’s worst emotional health, worst physical health, and worst overall well-being, according to the Gallup-Healthways Well-Being Index, and now this study confirms another link to mountaintop removal,” said Allen Johnson of Christians for the Mountains. “The politicians supporting coal industry profits have consistently refused to acknowledge the human health impacts. The ACHE Act would provide the answers we need to protect our communities’ health.” 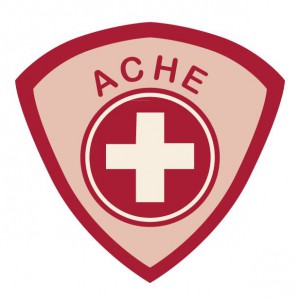