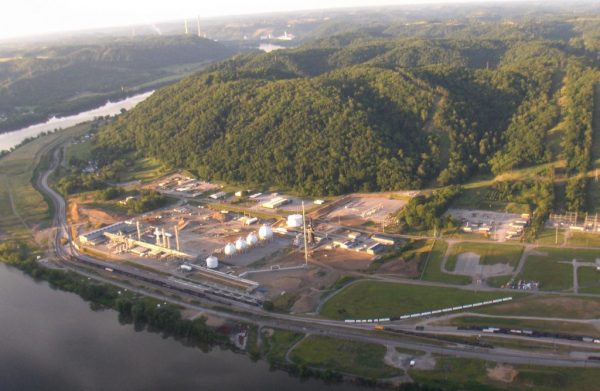 The 981-mile Ohio River is notoriously one of the most polluted rivers in the nation according to the U.S. EPA. The river supplies drinking water to more than five million people. According to the Ohio River Sanitation Commission (ORSANCO), an interstate agency that sets water quality standards for the river, 23 million pounds of toxic discharges are dumped into the river from industries and manufacturing processes all along its shoreline.

Adding insult to injury, three companies have recently submitted applications to obtain permits from the U. S. Army Corps of Engineers to construct three barge terminals for liquid drilling wastes from the oil and gas industry.

One terminal would be developed by 4K Industrial Frac Water Supply and Recycling Technologies in Martins Ferry, one by DeepRock Disposal Solutions about 61 miles downstream of Martins Ferry near Marietta, and one by Fountain Quail Energy Services about 38 miles downstream from Marietta in Meigs County, Ohio. The facility in Martins Ferry will recycle frack wastes from Utica and Marcellus Shales. The other two sites will inject wastes into disposal wells.

The projects must comply with U.S. Coast Guard rules, and as of 2016, the coast guard only considers individual requests for barging operations on a case by case basis and does not provide for any public notification, public comments, or access to records. According to an article in Kallanish Energy, “It is unclear if anyone has moved shale drilling brine wastes by barge on the Ohio River.”

Unfortunately, the notice of these facilities gave local citizens little time to comment or express concerns. Citizen groups, including OVEC, made several requests to the Corps of Engineers for a public hearing on the Martins Ferry facility, but those requests were denied.

Citizens have every right to be concerned about yet another threat to their drinking water. A quick glance of the Environmental Working Group’s (EWG) data collected from public drinking water suppliers along the Ohio River reveals that all public drinking water sources along the river have pollutants that in many cases exceed the EWG health standards and in some cases exceed federal standards. The EWG sets 0.05 pCi/liter for Radium-226 and Radium-228 combined whereas the federal standard is 5.0 pCI/L.

Mike Chadsey, director of public relations for the oil and gas industry said in an  article in the Marietta Times, “The brine which will be offloaded is not radioactive according to the U.S.EPA.” This statement is incorrect, and the U.S. EPA’s own fact sheet acknowledges the presence of radionuclides in oil and gas waste. Gamma-ray logs indicate high radioactivity in Marcellus shale according to a 2010 report published by the Radioactive Waste Management Associates. In fact, it is so high that natural gas deposits in Marcellus shale are identified by using gamma-ray detectors.  The salty water in the rock formations can contain “extremely high levels of water-soluble radionuclides” including uranium, thorium, and radium. These radionuclides are brought to the surface during oil and gas extraction.

The U.S. EPA does not regulate fracking wastes from oil and gas operations. Under the Bentsen Amendment, Congress exempted fluids, water, and other wastes generated by oil and gas from Resource Conservation and Recovery Act. A report published by the Western Organization of Research Councils said, “In 1987, the EPA issued its final report, which stated that oil and gas wastes ‘contain a wide variety of hazardous constituents,’ and that almost 25% of the waste samples it studied were highly toxic. Despite these findings, the report concluded that the exemption should stand. Regulating oil and gas wastes, it explained, ‘would cause a severe economic impact on the industry,’ not to mention ‘severe short-term strains’ on disposal facilities and permitting agencies.”

Chadsey also stated “hydraulic fracturing fluid used to frack a well is more than 99 percent water and sand plus some chemicals which are disclosed.” The U.S. EPA and Department of Energy said that an average of seven million gallons of fluid are used for each well. If one percent are chemical additives, that means upwards of over 70,000 gallons of chemicals including biocides, surfactants, and anti-corrosive agents are required for each well. Additionally, a study by Yale Public Health found that of these hundreds of chemicals, more than 80 percent have never been reviewed by the International Agency for Research on Cancer (IARC). Of the 119 that have been reviewed by IARC, 55 were found to be carcinogenic.

Among the chemicals most frequently used in fracking, 24 are known to block the hormone receptors in humans, according to a 2017 study published in Science Direct.

Chadsey said, “we have been using Class II injection wells since the mid-1980s and the wastewater will be from Pennsylvania, Ohio, and West Virginia.” A 2018 article, A Toxic Tour Through Underground Ohio reported, “In 2016, Ohio injected 1,342,561,206 gallons of fracking wastewater into the earth, under full approval of Governor John Kasich, the Ohio Department of Natural Resources, and the EPA.” Ohio’s geology is “better suited” for injection wells than that of Pennsylvania and West Virginia and it currently has 177 Class II wells and accepts waste from its neighboring states.

Several studies, including one published in a September 2019 Scientific American issue, have cited injection wells as a cause for the substantial increase in earthquakes.  The Ohio Department of Natural Resources admitted oil and gas activities can cause earthquakes like the nearly 80 quakes that have occurred in the Mahoning County region of the state.

On April 23, 2019, the U.S. Environmental Protection Agency decided it was “not necessary to update federal standards on handling toxic waste from oil and gas wells, including the waste produced by fracking.” Instead they are leaving regulations up to individual states which frequently regulate in a piecemeal fashion.

Once again, the citizens of the Ohio River Valley will be left wondering about the safety of their drinking water. There are many questions that remain unanswered. Can spills be detected by the public water supply facilities? Can these facilities test for radionuclides? Who is responsible if a spill occurs? Who will cover clean-up costs?

On August 7, let the U.S. Army Corps of Engineers hear from you:

(A notice from the USACE)

PURPOSE:  To consider a DA permit application, pursuant to Section 10 of the Rivers and Harbors Act of 1899, by  DeepRock Disposal Solutions, LLC to operate a barge offloading facility to transfer traditional well waste to existing upland storage tanks.  The proposed project would be located along the right descending bank of the Ohio River approximately 173.2 miles downstream of Pittsburgh, Pennsylvania at 20220 State Route 7 in Marietta, Washington County, Ohio (Latitude 39.401998, Longitude -81.471262).  Public Notice No. LRH-2020-293-OHR issued by the Corps on April 7, 2020 advertised the applicant’s proposal.

To confirm your attendance and receive the meeting link and call-in information send an email to:  CELRH.North@usace.army.mil with the subject line “RSVP for 7 August Public Meeting” and include your full name, email address, and contact phone number with area code.

AGENDA:  The public will be able to submit electronic statements/questions through the webinar application from 5:00 p.m. to 6:30 p.m.  At 6:00 p.m., the audio portion of the meeting will begin.

To submit a question prior to the meeting send an email to: CELRH.North@usace.army.mil with the subject line “Question for 7 August Public Meeting” and include your full name and contact phone number with area code.  Questions will be answered during the Questions and Answers Session time in the order they are received, with emailed questions answered first, as time allows.  Similar questions will be combined in order to answer as many different questions as possible.  All questions received by email prior to the meeting or in the chat during the meeting will be incorporated into the administrative record.

All participant lines will be muted in order to maintain audio quality.  Moderators will direct questions to the appropriate person during the question and answer session.  To ask questions during the meeting, participants will use the chat feature.  In order to submit an electronic statement/question, click the ‘chat’ button at the bottom center of the screen.  Then select ‘USACE Huntington’ in the pop up window.

PUBLIC INVOLVEMENT:  All interested parties, including officials from local governments, associations, or private citizens, are invited to participate.  All views expressed should be based on factual information related to the permit application.  Oral statements supporting or opposing the proposed facility will be heard; however, for accuracy for the record, all important facts and arguments should be submitted in writing.  Written statements may be presented at the meeting or submitted to this office prior to the meeting date, as indicated below.  All electronically submitted statements during the virtual meeting will become part of the official record.  IN AN EFFORT TO CONSERVE AND ELIMINATE DUPLICATION OF FACTS, PRESENTED, GROUPS WITH COMMON INTERESTS ARE ENCOURAGED TO CONSOLIDATE THEIR COMMENTS FOR PRESENTATION BY A REPRESENTATIVE SPOKESPERSON.

CLOSE OF COMMENT PERIOD:  A Section 10 of the Rivers and Harbors Act of 1899 permit will be granted unless its issuance is found to be contrary to the public interest.

Comments and requests for additional information should be submitted electronically to CELRH.North@usace.army.mil by 4 p.m. August 17, 2020.  If you do not have internet access, comments may be submitted through the U.S. Postal Service (USPS) to the following address:

Comments should only be provided through the USPS when electronic transmission is not possible.  Precautionary internal mail handling procedures may be instituted to protect our workforce, which may result in longer than normal times to process and receive hard copy submissions.  To be considered in our evaluation, comments submitted through the USPS should have a postmark dated on, or prior to, the close of the comment period listed on page one (1) of this Public Notice.

Please note that names and addresses of those who submit comments in response to this Public Notice become part of our administrative record, and, as such, may be available to the public under provisions of the Freedom of Information Act.

Thank you for your interest in our nation’s water resources.  If you have any questions concerning this Public Notice, please contact Kayla Adkins at 304-399-5850 or by email at CELRH.North@usace.army.mil. 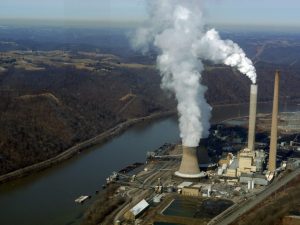